Pursuing with a desire to question — even shake up — the modes of exhibiting contemporary ceramics, Nendo Galerie presents NendoMarket: a selection of mostly domestic forms from nine ceramic artists.

As the title suggests, it is an allusion to the universe, to the aesthetics and the very organization of supermarkets and other convenience stores that is highlighted here.

Lined up on metal shelves, in a concern to consider them without hierarchy and in a most neutral perspective possible that tries to foil certain curatorial gestures, the works impose themselves through their quality and their diversity rather than through artifices of staging – even if it is necessary to recognize that this postulate, unusual in a gallery, can itself be perceived as a form of staging!

The guest artists were invited for the relevance of their vocabulary, the quality of their research but also the heterogeneity and contrast of their practices in regard to one another.

While Kiho Kang and Hugo Saby share the technique of coil mounting, their purposes are drastically different when the former produces falsely geometrical forms in monochrome porcelain and the latter adopts a much more earthy character with stoneware of which he strives to cultivate a subtle chromatic vibration.

While Enzo Bosse and Louise Nicollon des Abbayes both work almost exclusively with collected earths, their projects adopt distinct forms: an almost mineral sculpture that seems to come from the ground for one, hybrid pieces imprinted with reminiscences of the context that gave them birth for the other.

Both with Nelly Bonnand and Marie Ducaté there is a question of references to painting. But the pictorial and lyrical abstraction of the first, made of ample gestures carried by deep blacks and intense blues, offers nevertheless a salient contrast with the chromatic lightness of the second, who does not hesitate to venture into the realm of narrative fantasy.

Fantasy is also a question in Safia Hijos’ work, who in a sort of contemporary rococo reworks classic forms from the history of ceramics in order to lead them elsewhere, towards a fantasized narrative.

With Clément Petibon, it is an almost abrasive approach of the ceramic that calls out, an aesthetic of accident, destruction and collage, which sometimes does not hesitate to associate in a single place materials as contradictory as stoneware and porcelain.

As for Laurin Schaub, he is constantly experimenting with ways of creating ceramics, especially in his Analog.y series that combines computer design tools and manual pottery.

NendoMarket offers itself, in short, as the place of a wide variety of products…like at the supermarket!

From 1961 to 1966 Nelly Bonnand attended the École Nationale des Arts Décoratifs in Nice, in the ceramic workshop of René Pascal (student of the painter Albert Gleizes) who collaborated at Moly-Sabata with the ceramicist Anne Dangar before continuing at the École nationale supérieure des beaux-arts de Paris in Raymond Legueult’s painting studio (1966-1968).

Settled in the south of Drôme in 1971, she abandoned painting two years later in order to devote herself exclusively to ceramics and created with her husband, the painter and sculptor Georges-Mathieu Yassef, l’Atelier des Trois Tilleuls in Bénivay-Ollon.

Since then, she has been applying her pictorial research to the field of ceramics, producing forms with highly supported abstract decorations, executed with a brush with her self-made engobes.

Enzo Bosse strives to find the lost link between the ground — the underground, the geology, and beyond a landscape that forged generations who lived there — and ceramics. His harvests of earth, documented by photographs and maps, offer him a variety of materials, each clay having its own history, its specificity.

He feeds off this intimate connection with the places, the history of local populations, the legends attached to the sites. But creation remains personal. If it willingly enlists itself in the pottery tradition of the container, it also emancipates itself through its modeling and its desire to tell us stories, to transcribe his own visions while navigating between figuration and abstraction.

Marie Ducaté develops an art of multiple facets. Earthenware, ceramics, paintings and frescoes as well as furnishings are all forms of the search for harmony that seems to guide the artist. […]

Her work on the object meets the constant preoccupations of contemporary artists who do not content themselves with their domain, but imagine a universe in motion of which we are the actors.

She proves that ornamentation is only a crime for those who need limits and that art can be sumptuous without being extravagant. These works are just as much Pandora’s boxes, as mischivious objects that invite to the pleasure of contemplation, manipulation, a dance in which we are all potential actors and pleasure-seekers.

The work of Marie Ducaté is thus fully in line with the modernity of those who know how to cross borders in order to find something new.

After studying law and a few years in consulting, Safia Hijos decided to devote herself entirely to ceramics and graduated from a Brussels art school in 2014. In 2019, she received the Grand Prix de la Biennale de Vallauris for Les Émeraudes du chaos, a creation that would lead to a huge installation at the Centre d’art et de Nature de Chaumont-sur-Loire in 2021.

Between rococo and pop culture, sculptures and installations never cease playing with the history of ceramics. The composition and the staging of the works weave a narrative that is both whimsical and colourful.

Her vases Tulipiers du dragon revisit the historical forms of of Delft tulip vases by adding a pinch of post-modernism while incorporating them into her iconic half-animal half-plant world.

Concerned as much by the attitude to have with regard to the process of fabrication as with the final result, Kiho Kang uses the techniques of coiling and a patient shaping in order to impart consistency into his pieces.

Which makes him say: “These conceptions and processes of my works give the meaningful result that is calm, moderation, warmth and allowing the time for self-examination.

My works pursue purity without any unnecessary adornments. Rather than adding something complicated to this form, I design it as simply as possible so that the form only represents its function.”

Trained in design, architecture and landscape research, Louise Nicollon des Abbayes combines in her ceramic practice mediums and tools of these different disciplines.

During long explorations in peri-urban fringes, industrial sites or fires, various fields of ceramic research are reinvested in a scientific, anthropological as well as plastic relationship.

Materials, patterns, colors and shapes are borrowed from the landscape while techniques as well as gestures are made visible. The approach, does not, however, disassociate itself from a decorative function of the object, nor even utilitarian or domestic, but calls into question the stakes of the human/nature/culture relationship in a complex contemporary environment.

“The Héritage(s) series is an archetype of a container in its simplest sense: an object for domestic use.

I question my technical learning by activating the material through destruction. Decay is above all a plastic and experimental approach. The search for a different technique and aesthetic leads my work against the tide of excellence in craftmanship. The absence of matter, the non-matter, opens the gaze to the content and its history.

The basis of this research lies in the importance of daring to question our achievements and not to lose our critical sense.”

“My utilitarian pieces bear the mark of my gestures, the traces of the tool, my hands and my energies that vary during the times of creation. They are also the fruit of my experiments around shapes, materials and colors. Covered with harvested or recomposed earths, they bear witness to journeys, discoveries and tell of the delight in making the outdoors coexist with studio life.

This series of jars is also a bridge between my sculptural practice and my appeal to the object in its functional character.”

“I don’t follow a particular style, rather I keep asking myself what pottery can be today. I’m always looking for new techniques and I’m often inspired by non-ceramic sectors.

On the one hand I use digital tools and new technologies to develop new techniques and design languages, on the other hand I am committed to classic pottery and pure craftsmanship. This leads to products and objects with a wide range of functions and complexities.” 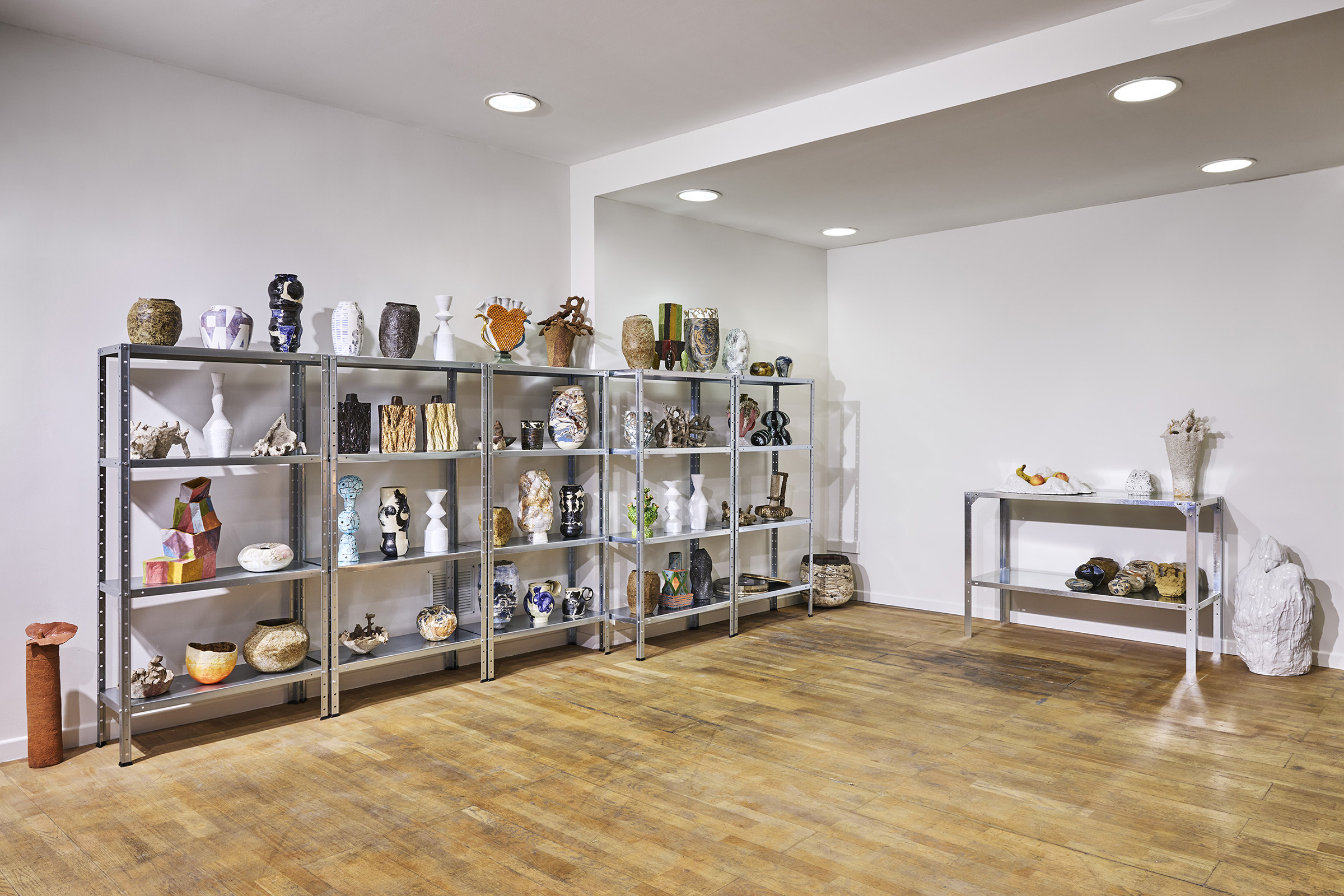 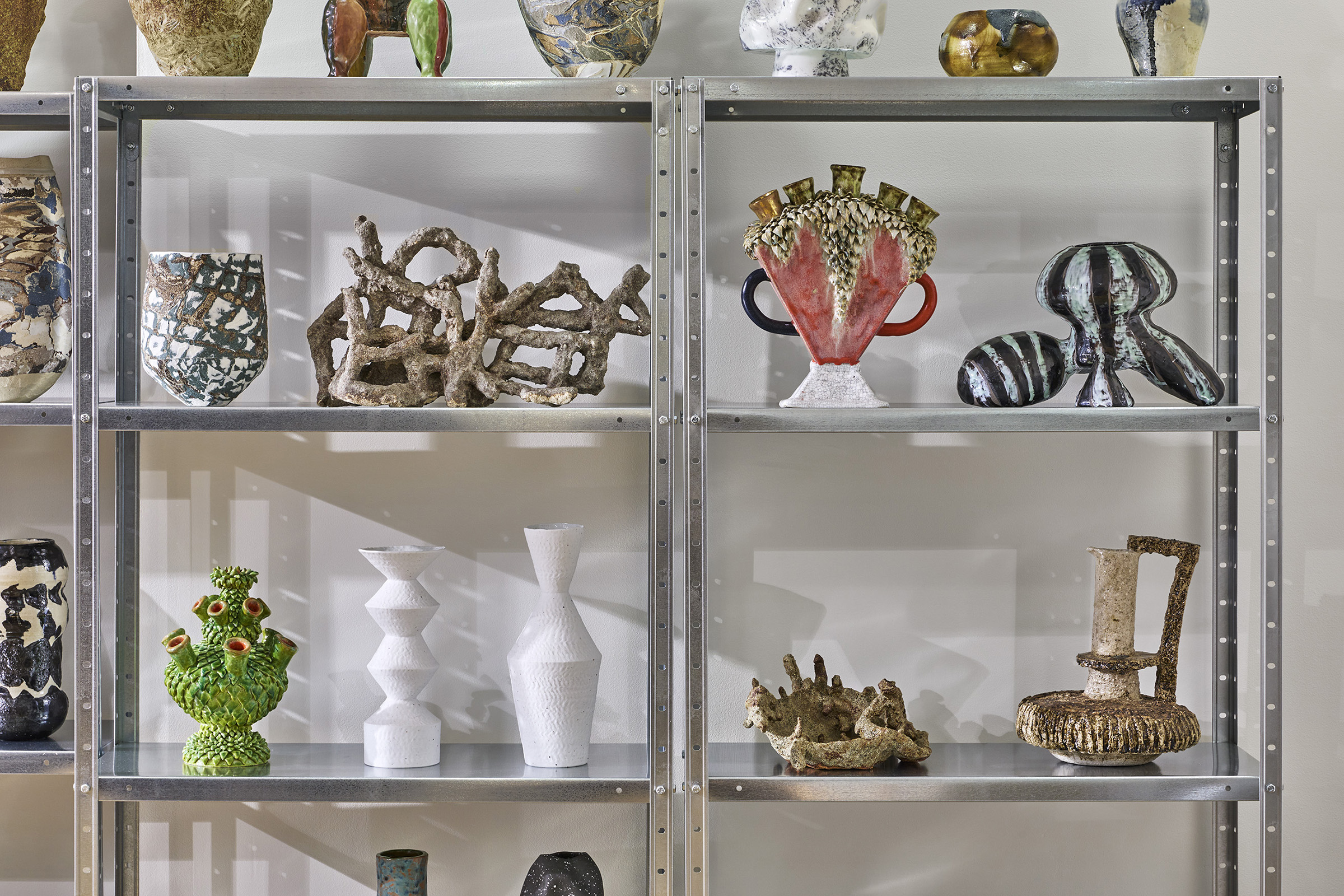 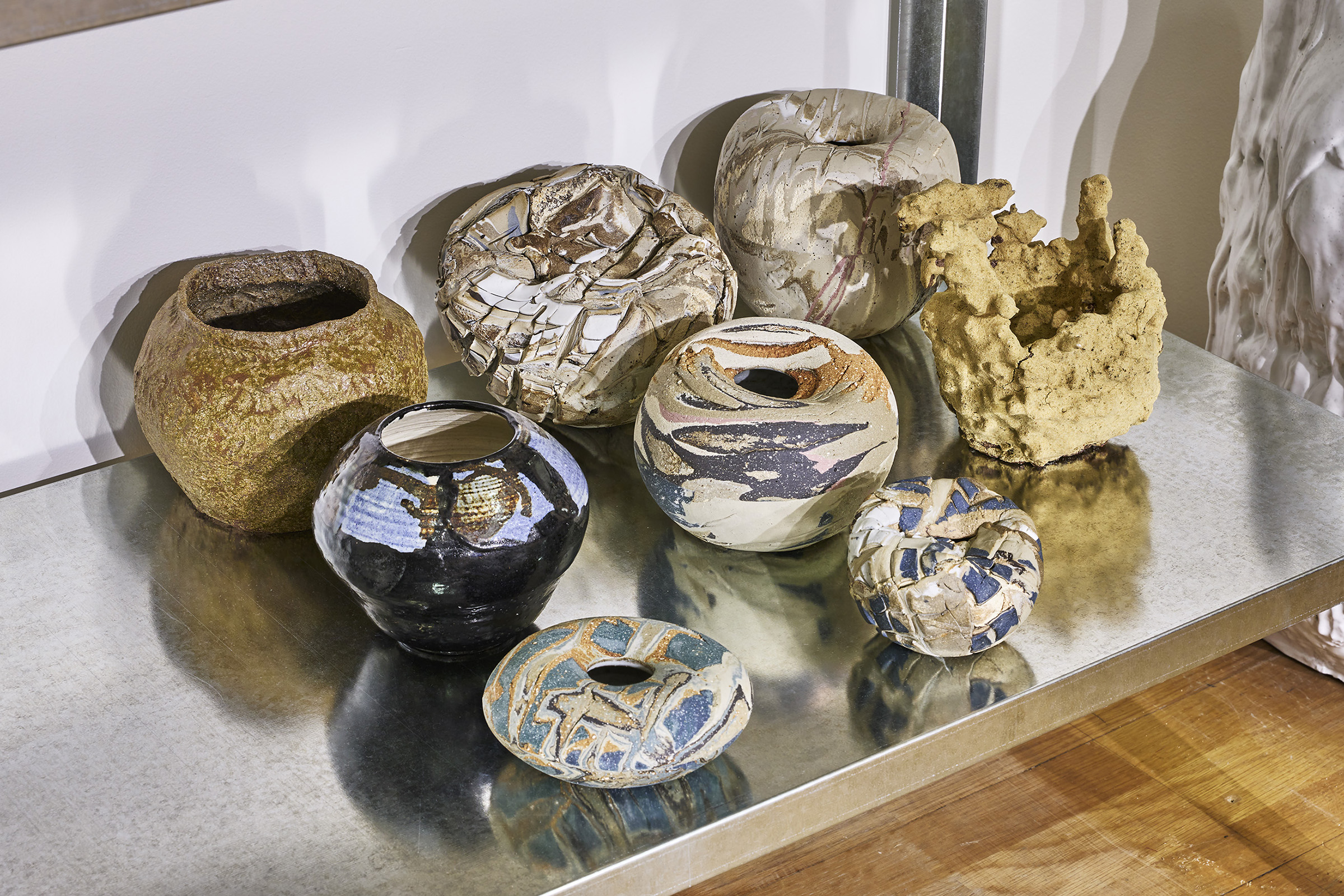 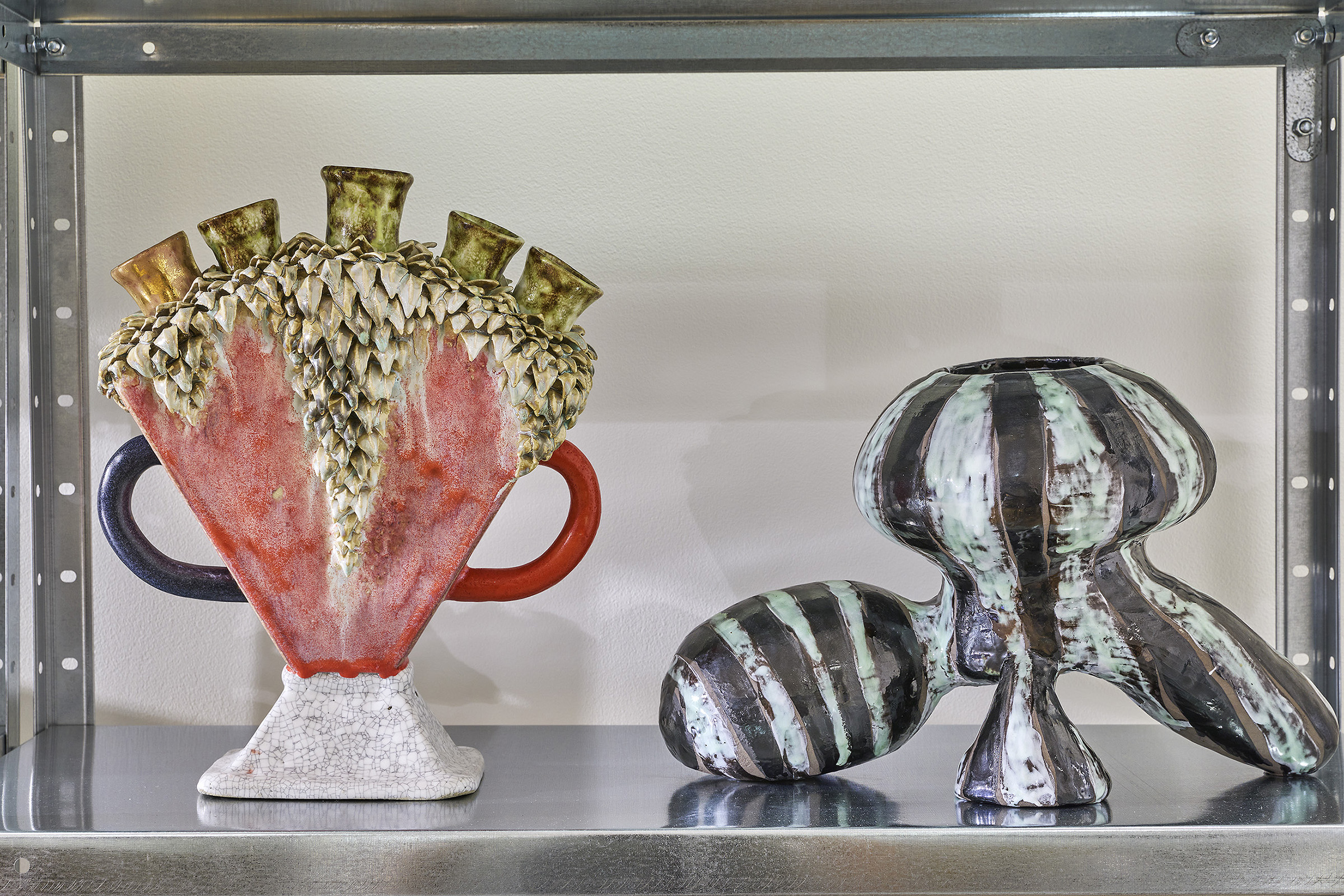 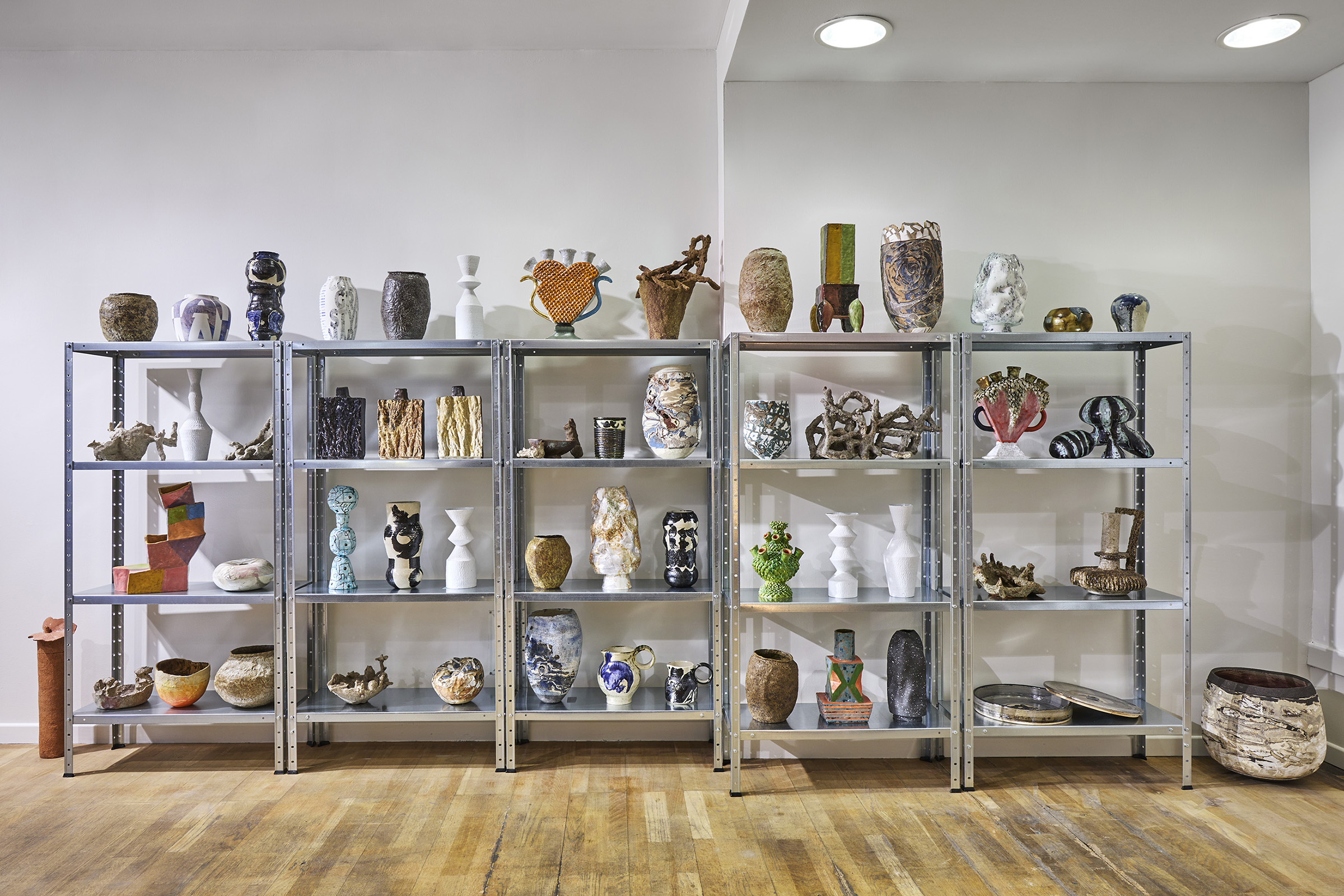 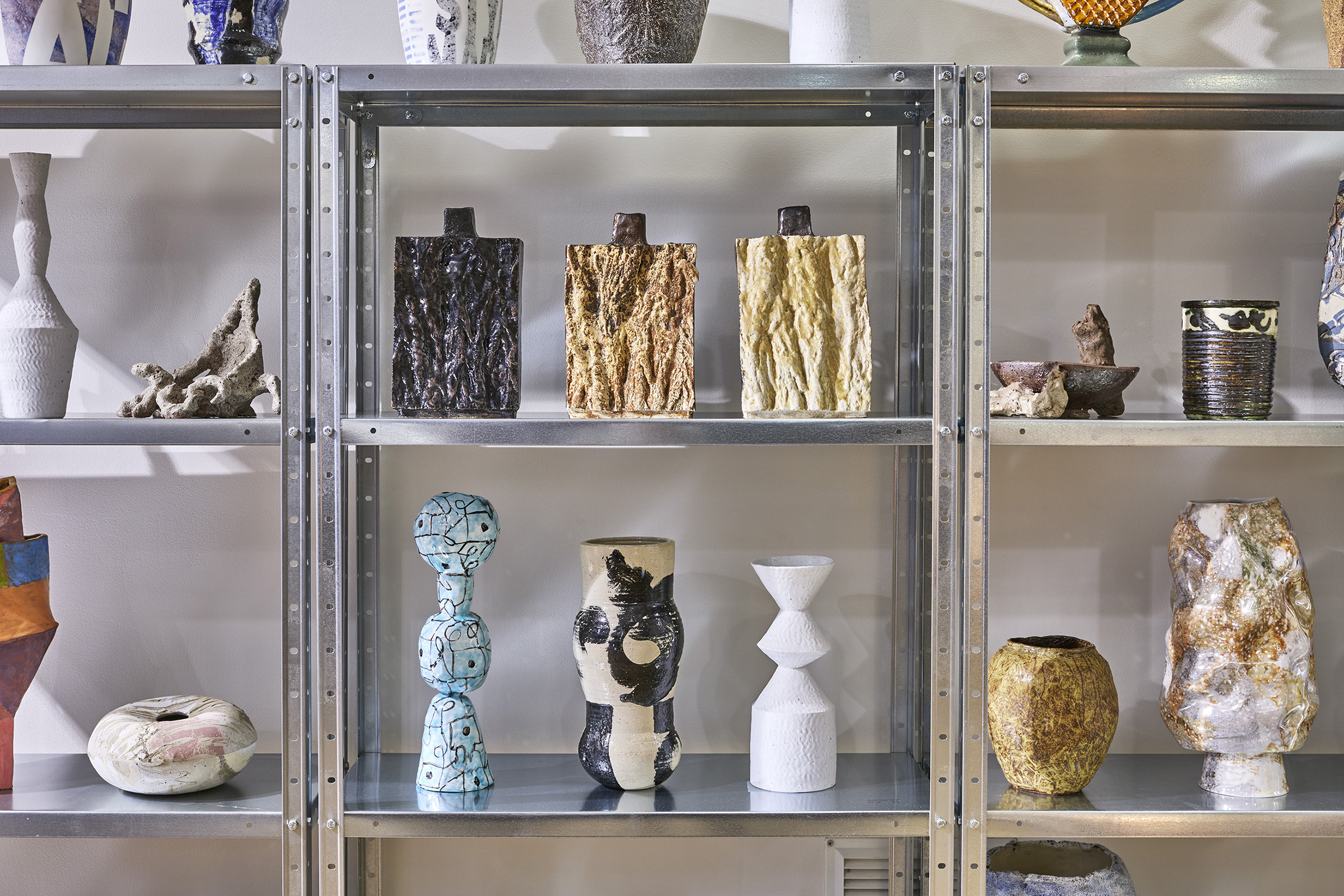 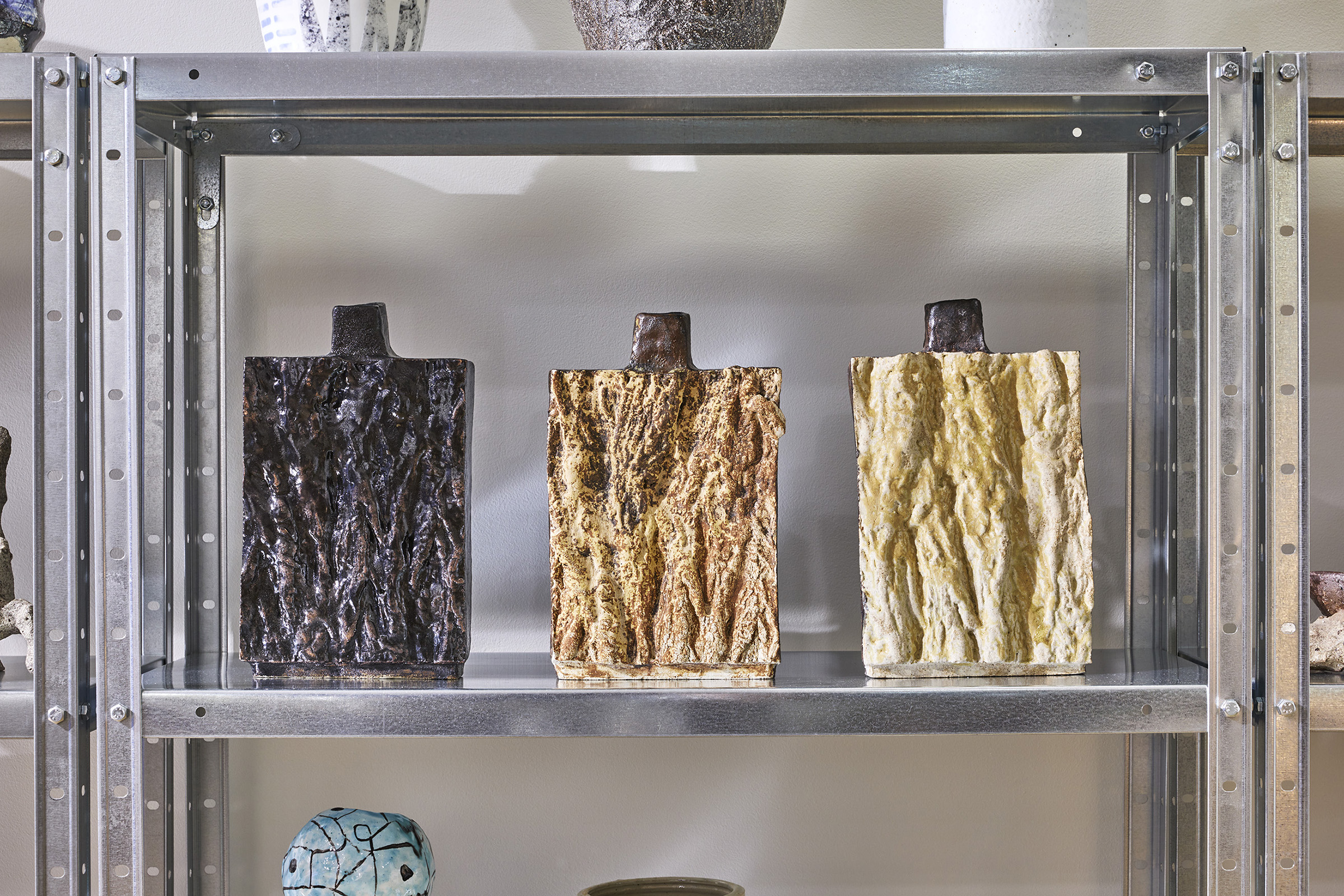 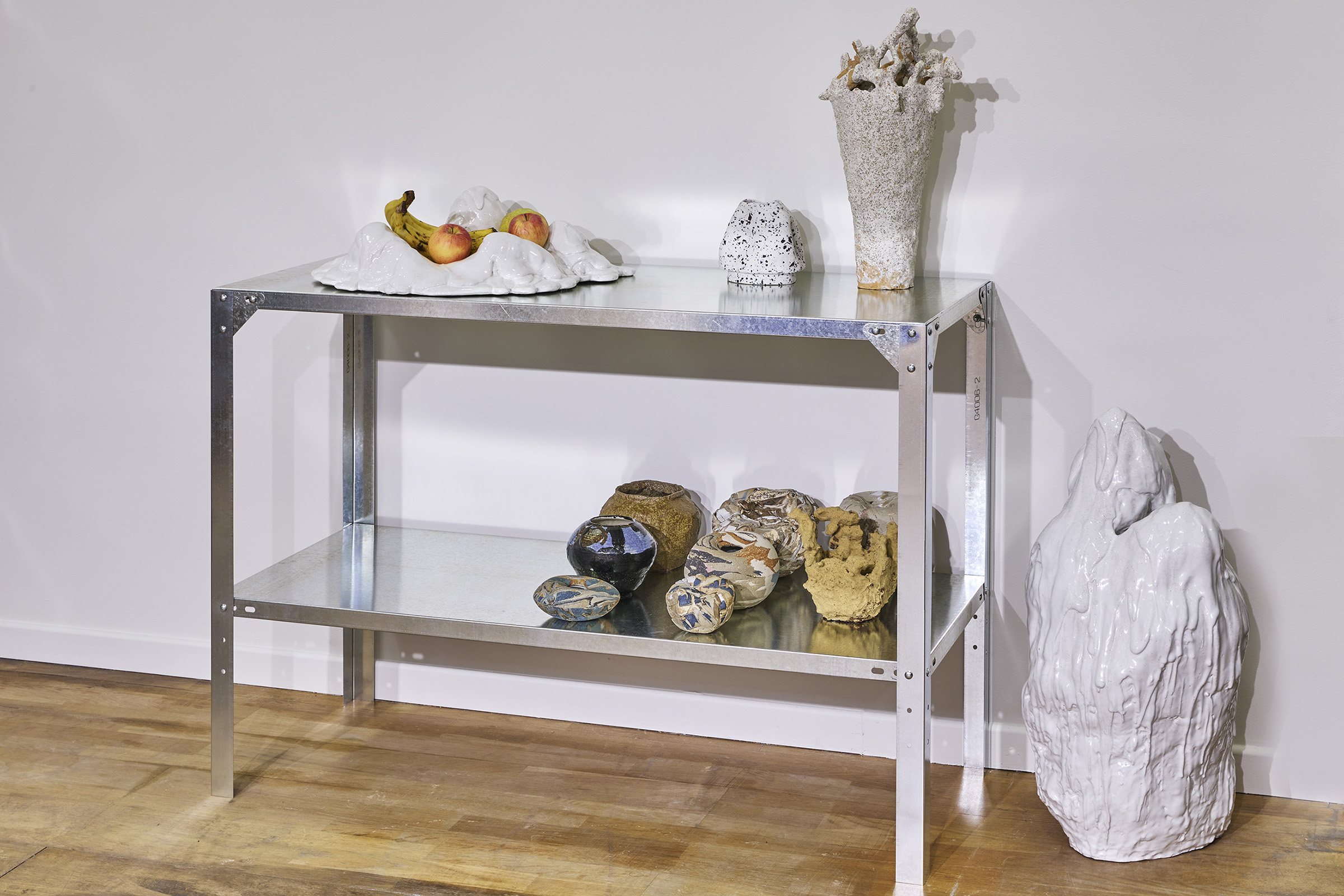 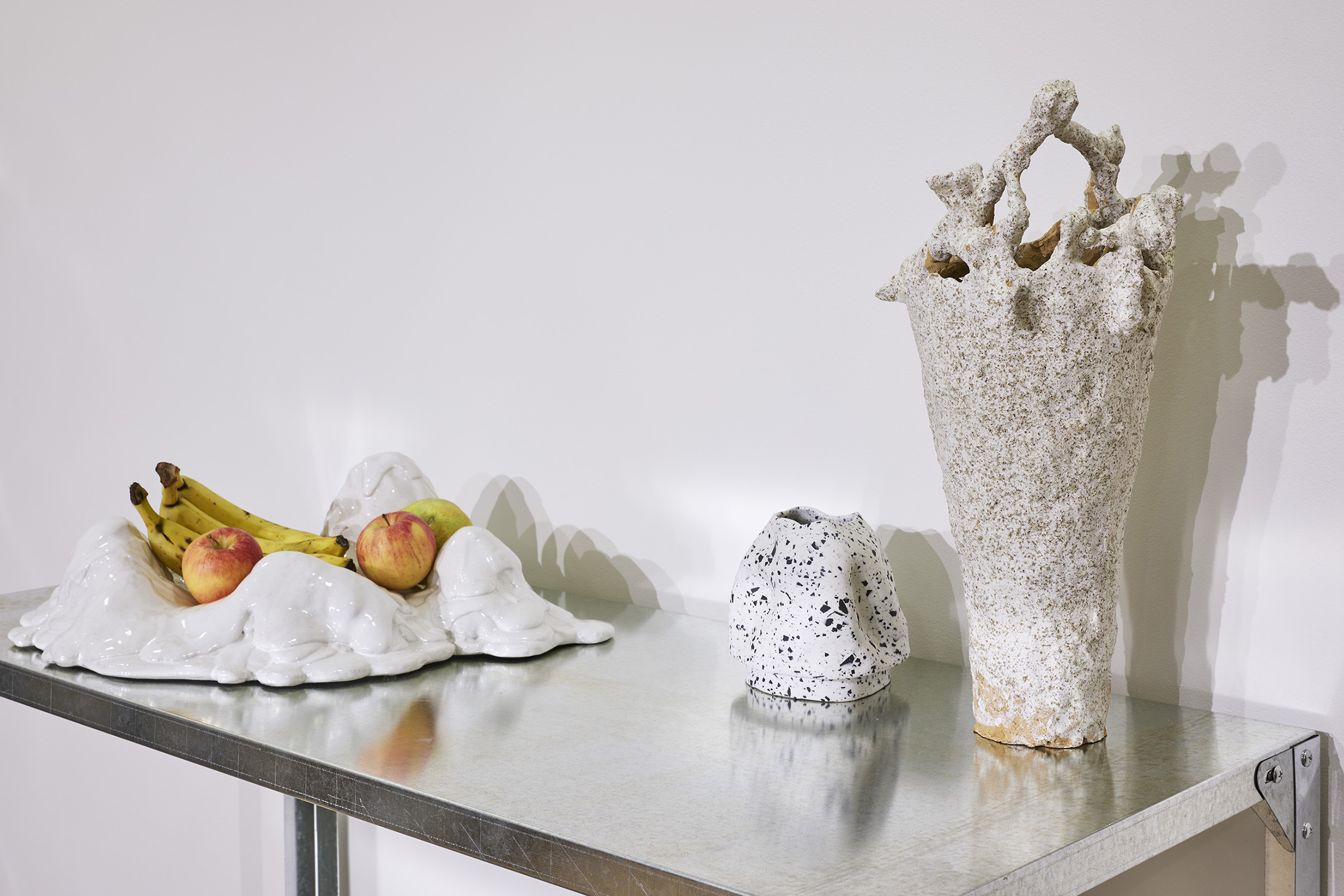